WHAT IS Sunnis and Shiites 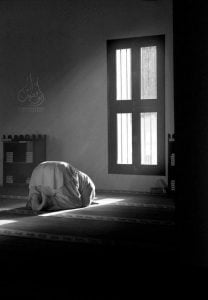 When Muhammad died, there was debate over who should replace him as leader. This led to a schism in Islam, and two major sects emerged: the Sunnis and the Shiites.

They accept that the first four caliphs were the true successors to Muhammad.

Shiite Muslims believe that only the caliph Ali and his descendants are the real successors to Muhammad. They deny the legitimacy of the first three caliphs.

Today, Shiite Muslims have a considerable presence in Iran, Iraq and Syria.

Other Types of Islam

Other, smaller Muslim denominations within the Sunni and Shiite groups exist. Some of these include:

Specially designed online Quran courses for the kids to learn the Quran in a joyful environment.

We only use qualified Arab Quran teachers for all Quran courses as its their native language.
WHEN

Our Mission & Vision
AND

As one of the foundational online institutes for teaching Arabic & Quran,

our vision is to continue being a leader in the industry and offering the best educational experiences for our students.To provide the highest quality
WHEN

of learning to non-native students and make sure all have the opportunity to learn.

move towards a peaceful global world and present the real peaceful image of Islam by providing Quranic and Islamic education.

read more about us from here

What is difference between Sunni and Shiite?

Sunnis focus on following the Prophet’s example whereas Shi’a focus on the lineage of Muhammad’s family through a series of Imams. Since the 1970s, and especially since the Iranian Revolution in 1979, there has been growing tension between Sunni and Shi’a communities in parts of the Middle East.

What do Sunnis and Shias believe?

Shias, a term that stems from shi’atu Ali, Arabic for “partisans of Ali,” believe that Ali and his descendants are part of a divine order. Sunnis, meaning followers of the sunna, or “way” in Arabic, of Mohammed, are opposed to political succession based on Mohammed’s bloodline.

Quran Barakah is a leader Quran academy while teaching the Quran online for the last 5+ years. Have many students around the world completed their online Quran courses with us